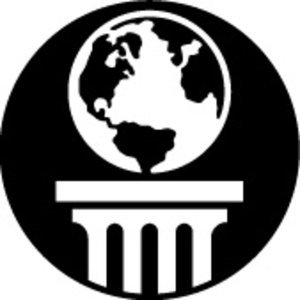 Earthjustice has filed a legal challenge on behalf of the Florida Wildlife Federation to block Gov. Rick Scott and the Florida Cabinet from allowing Big Sugar and corporate vegetable plantations to continue farming state-owned land in the Everglades for another 30 years. The farming causes severe pollution in the very areas where taxpayers are footing the bill for a multi-billion-dollar Everglade environmental restoration project.

“We should be using these public lands to clean up the Everglades, not allowing corporations to continue to pollute our public lands,” said Earthjustice attorney David Guest. “It’s a fact that this agricultural runoff is filled with chemicals that wreck the Everglades. As any cook knows, when your soup is too salty, you don’t add more salt.”

For decades, polluted stormwater from the huge sugar and vegetable operations has fueled nuisance vegetation growth. The nuisance plants crowd out native vegetation, destroying the base of the food chain. A multi-billion-dollar state and federal Everglades cleanup program is underway to fix the damage.

Since 1988, Earthjustice has represented a coalition of environmental groups in a federal case to clean up the devastating Everglades agricultural pollution.

On January 23, Gov. Rick Scott and the Florida Cabinet ignored their responsibilities as stewards of our public lands and sided with the corporate polluters instead. They voted to grant the 30-year lease extensions on 14,000 acres of sugar cane and vegetable farms in the Everglades Agricultural Area (“EAA”), which covers 700 square miles south of Lake Okeechobee.

Normally, agricultural leases on state lands are limited to six years, but, in 1994, sugar and vegetable operations in the Everglades Agricultural Area negotiated an exception – they got 20-year leases, because part of the area is being used for Stormwater Treatment Areas — artificial marshes which take up fertilizer before the runoff reaches the delicate Everglades.

The Governor and Cabinet’s new vote would give the corporate polluters even more time, even though several massive Everglades water cleanup projects are getting underway, at great cost to taxpayers. State law requires that whenever a private interest applies for an agricultural lease on state lands, it has to be proven that the activity is not contrary to the public interest.

“This is obviously not in the public interest,” Guest said. “These leases would allow corporate agricultural pollution to continue unabated, and there is no requirement for any additional cleanup. These state leases don’t even include any pollution discharge limits to protect the Everglades. We shouldn’t stand for shenanigans like this, and we won’t.”

“Rather than lock this state lands up for 30 years, the state should be using these state-owned agricultural lease parcels to maximize water pollution cleanup in the Everglades and restore Lake Okeechobee. These state lands should be subject to shorter leases, and they should have site-specific pollution limits. They should be made into stormwater treatment areas or swapped with other lands to provide the greatest restoration benefit.”